The tigers are the largest of cat species, who are one of the most fearsome animals in this world. The most recognizable feature of a tiger is the presence of a pattern consisting of quite dark vertical stripes placed on reddish orange fur having a lighter underside. This animal has an exceptionally strong, stout set of teeth, with the canines being the longest considering living felids. Furthermore, the Bengal tigers are the largest in numbers for this subspecies.

The population of Bengal Tigers has been estimated to over 1,706 to 1,909 in India, over 440 in Bangladesh, 163 to 253 in Nepal and 67 to 81 in Bhutan. These numbers are continuously decreasing day by day and since the year 2010, the Bengal Tigers have been classified by the IUCN as one of the endangered species in the world, making the extinction of this population quite possible in the near future. Besides that, due to the abundance in these regions, the Bengal Tiger is named the national animal of both Bangladesh and India.

The coat of the Bengal tiger is yellow to light orange in color, with its stripes going from dark brown to black; although the belly and the other interior parts of its limbs are white in color, while the tail of the tiger is colored orange having black rings. Furthermore, it is useful to mention here that the white tiger is actually a recessive mutant of the species of Bengal tiger; the whereabouts of which are witnessed in places in India and Bangladesh in Bengal, Assam, Bihar and the State of Rewa. These animals are Carnivores and can also dominate other fearful species including wolves, leopards, jackals etc. on many occasions. This animal makes up for quite a beautiful specimen of nature. 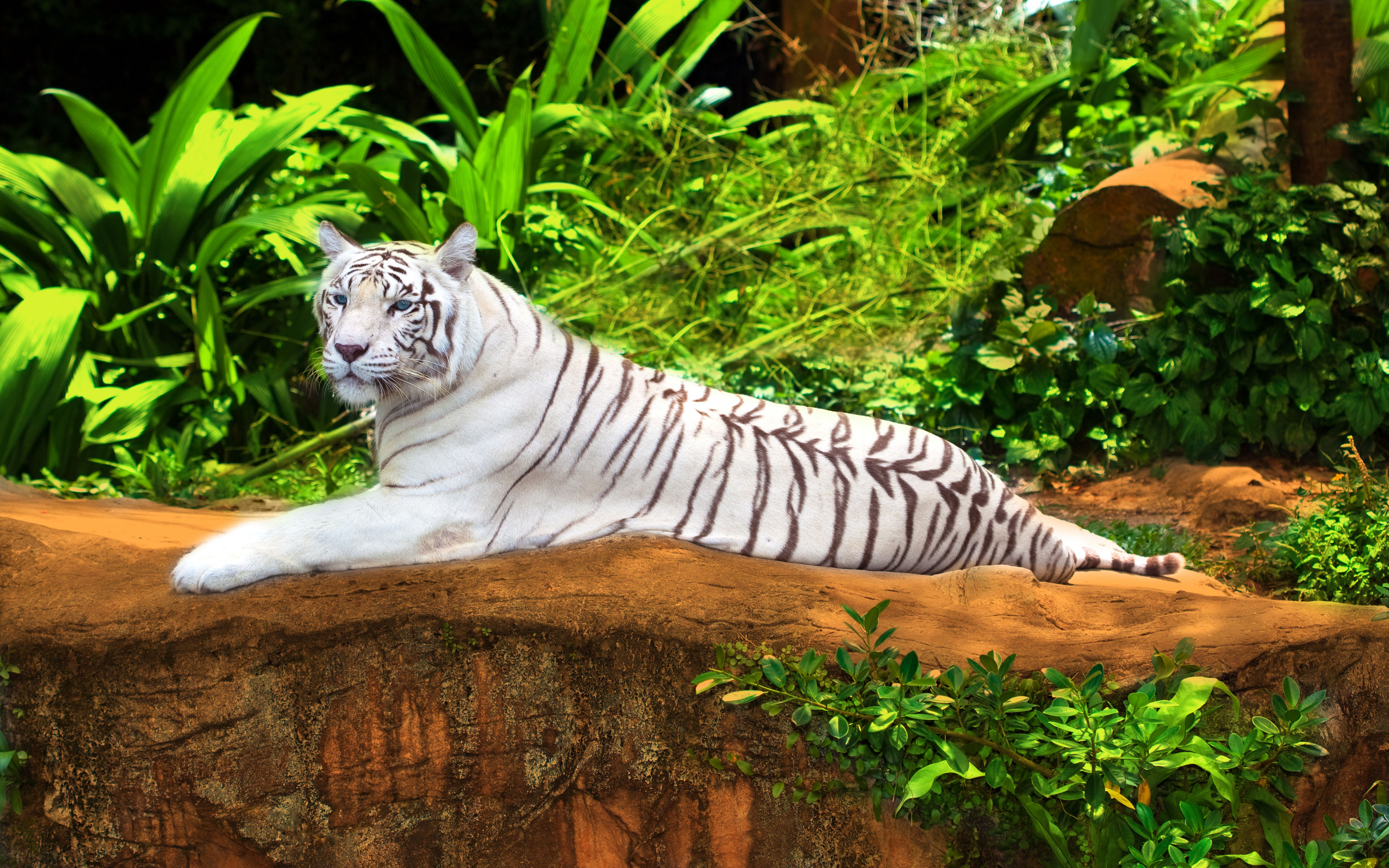