Bluebird is just another class of birds which are amazing to look at. These breathtaking birds are actually a group of medium sized, birds which mostly eat insects and small plants. They have been given this name as they are in possession of blue, or blue and slightly rose beige plumage. Among this species, the female birds are found to be less brightly colored than their male counterparts, although in both these categories, the color patterns remain similar and no noticeable difference is found in the size of these two sexes. These birds are further categorized into Eastern Bluebird, Western Bluebird and Mountain Bluebird depending on the location in which they are found.

These bluebirds are actually territorial and mainly prefer open grassland which have scattered trees. Young Blue birds are mostly the target of cats, snakes, and raccoons in the wild. Along with that several other bird species including American Crow, Common Starling, and House Sparrow are also involved in taking over the houses of adult blue birds, eating any blue birds which they found along the way. Coming to the species which Blue birds target include the darkling beetle, which is made by humans which are sold by many bird product wholesalers. Bluebirds can also eat raisins which are soaked in water and can also enjoy backyard heated birdbaths.

As the number of species of blue birds is decreasing day by day, these birds are continuously moving towards the category of endangered species, although many movements are going on to save these birds. These birds are quite beautiful and are one of the most attracting garden birds, a species which many gardeners would want in their gardens. These species are also used by poets and authors in their texts as a sign of happiness and cheer. 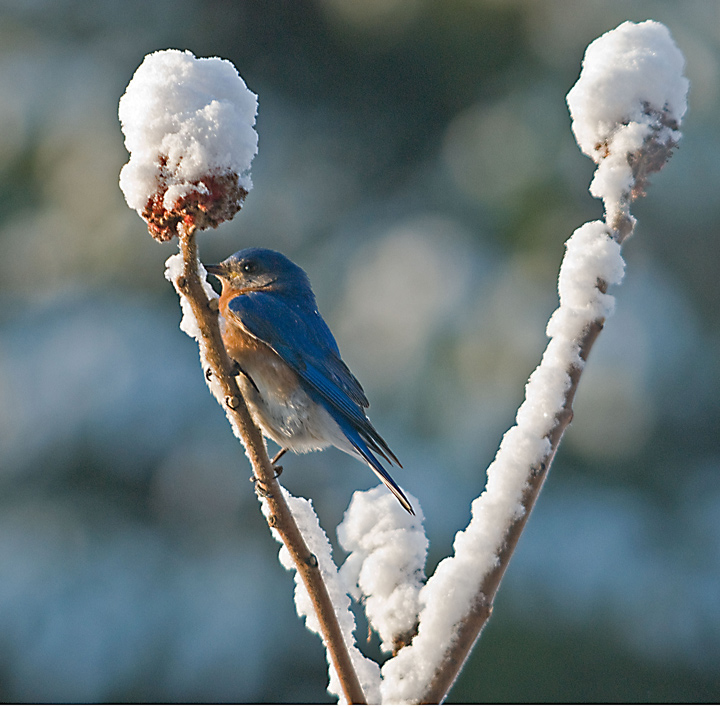